Why support Burning Stories by sharing your expectations before and stories after your Black Rock City adventure? Our project is intended to 1) generate scientific knowledge about the Burning Man community and 2) help the community further flourish by collecting stories that will be shared back to the community.

Burning Stories has its roots in Aalto University, Finland. The story began 2015 when the first Finnish Burning Man project, Aalto on Fire was done. It was a pike with Finnish traditional instrument kantele inside it. The support from Aalto Design Factory brought the community ways of working and thematics of Teal-leadership in the projects. The project in 2016 was Koulu The School, a low infrastructure peer-learning platform. After piloting the concept in Black Rock City, Finn Church aid adopted the initiative and currently the platform has been piloted in Nepal and Jordan. During 2017, the community-driven project was called Space on Fire. The project group from Finland traveled to Black Rock City and built a 120m2 parametrically designed pavilion with the support of Nordic Borderland community. Installation had a satellite ground station installed on it, which picked up data from space and projected it inside the installation via sounds and landscape. Visitors could also send their messages to space. Currently the piloted architectural structure is being used to build a school in Turku, Finland.

What has the scientific community already gained from the Burning Man projects? The multidisciplinary projects have been inclusive to Aalto university´s ecosystem, combining insights from multiple scientific communities and disciplines including architecture, space engineering, music and management sciences.

As the community grew, academic interest in the phenomenon got foothold in the Aalto University and after the onplaya introduction of Dr.Snuggles to Stuart Mangrum by Anssi Laurila, the Finnish regional contact, the Burning Stories project was launched early 2018, soon after the Burning Man education symposium. Burning Stories is an academic project housed within Aalto University and follows the principles of sound academic research. The project collaborates with, but is independent from, the Burning Man organization and Black Rock City Census project. Burning Stories is not connected to any funding bodies, which makes us an agile and flexible team. 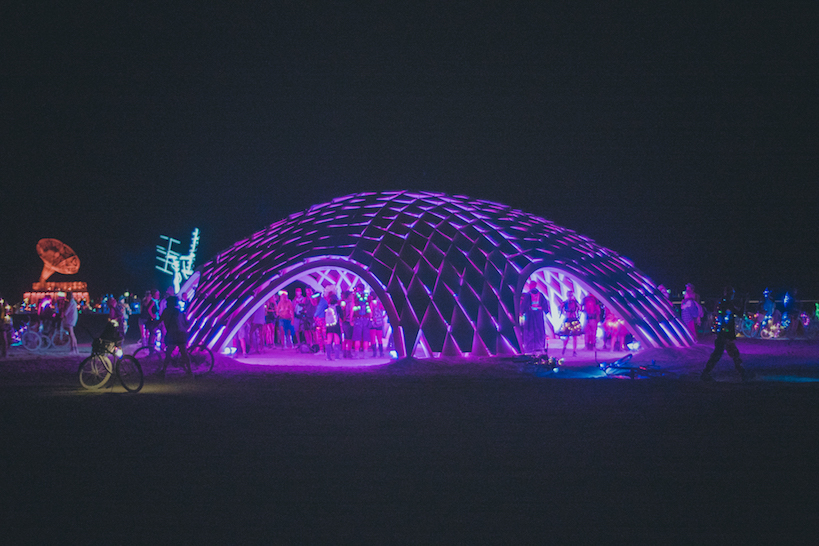 The Burning Man community has developed a strong identity that thousands of people around the globe share and identify with emotionally. Visiting Black Rock City often brings about life-changing experiences and stories. These stories are important not only for personal or community development but also for science and our understanding of the world.

The aim of Burning Stories is to study the global Burning Man community and, in particular, the participants of Black Rock City. We seek to explain the processes through which community membership of Burning Man participants evolves across time and space, and how this, in turn, affects their experience of the collective Burning Man identity. There is a very limited understanding of how Burning Man’s immersive experiences transform individuals, let alone society. That is precisely what we aim to find out with this project.

We are interested in your expectations before you go to Black Rock City. After your visit, we would love to hear some stories about how it all went! By sharing your story and participating in this research, anonymously or eponymously, you are helping bring Burning Man into ongoing scientific discussions, making the values of Burning Man accessible to a wider audience, and increasing our understanding of why belonging to the Burning Man community might be important and in what ways Burners might influence society.

At the second stage of this project, stories will be shared back to the Burning Man organization, to enable storytelling and flourishing within the community. Ideas or questions? Feel free to reach out to contact(at)burning-stories.org

Governance of a new type of science-art platform

The project that applies a new form of organizing a science project. Work with organizational philosophers has enabled that this project as a self-organized modeled project, allowing less burden on administration and bringing more creativity. Current research topics from organizational philosophers, who are in public explaining why Finns are very upset after being announced as the happiest country on the planet, in the team include a variety of organizational studies and a study focusing on psychological safety.

We love art at Burning Stories. Instead of publishing only scientific articles to fellow academics, we want to apply artistic touch as a way to communicate our results much wider. Just as art installations foster creativity in Black Rock City, visual art can be an integral part of pioneering scientific projects. In a project like Burning Stories, art can support the communication of our work’s content. In the future, bringing more artistic expertise to the project can assist us to disseminate the results of this project in a new and exciting way.

Our first step in artistic science communication is an animation about Burning Stories, served without the scientific jargon. Hope you enjoy it.